Bob Gonser negotiated over $2 million in settlements. Our firm was retained by several employees of a major technology company who were solicited by a broker with a national brokerage firm to exercise thousands of incentive stock options of a high profile technology company on margin. The subsequent decline of the major technology company’s stock resulted in millions of dollars in damages, from the decline of the stock, margin interest, and commissions. In many instances, the broker took discretion in the accounts without written authorization and transacted numerous unauthorized trades resulting in additional losses. 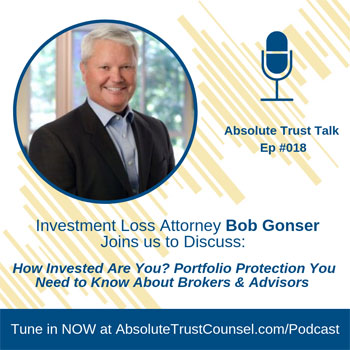 Have you suffered investment losses?

Contact Gonser Law PC for a free
consultation if you or someone you know has wrongfully suffered investment losses. 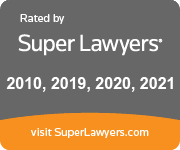 I needed an attorney with FINRA and business expertise and came across Bob Gonser. He quickly grasped the complex issues at hand that other attorneys could not, and led me skillfully through the entire arbitration process. It was a 9 month process that eventually led to a 5 day arbitration because the Respondent not only fought every step of the way, but raised the stakes with a $1.9mm Counterclaim. With Bob’s guiding hand, we entered the arbitration well prepared but faced a number of hostile w… END_OF_DOCUMENT_TOKEN_TO_BE_REPLACED

Bob: I just wanted to send you a note now that all this is behind us, to let you know how much we appreciate your effort on our behalf. If it was not for you, we would never have been able to recover anything from our broker/dealer. My sincere thanks for all your help.

Bob: You should feel proud of your professional performance in handling my mother’s securities arbitration case earlier this year. My family and I extend our personal thanks to you and Marie for your hard work to make our case a success. We were extremely pleased with your performance.

Through your hard work and smarts, you secured a good settlement for me. I would never have been able to recover a penny without your help. I thanked you at the time, but just wanted to be sure you know how grateful I remain.

Thank you so much for the result. We got the result that was better than expected. It was a long journey and was worth the fight.

Thank you for all you have done to make things easier during this difficult time. We were lucky to have you on our team.

On behalf of my family, we wanted to again Thank You for helping us in regard to our case. During some very stressful times you were always there to answer questions and put everything back into perspective. I felt a great level of comfort having you handle our case. You are very good at what you do.

Bob-My brother Dick, myself and especially my Mom want to thank you for all your hard work. We appreciate your candid appraisals of where our case stood as process evolved. We feel that realistically you achieved all that was possible considering all factors… Thank you.

Thank you so much for all your efforts on my behalf. It was a pleasure to be represented by a kind, professional and passionate legal team during a challenging time for my family and me.

Bob took my case on a contingency basis, which was important to me because I had lost everything in the bad investments my securities broker had recommended. Bob successfully argued in mediation, and got me a sizable reward. I would absolutely recommend Bob, especially for FINRA related cases.

Thank you for all you have done to make things easier during this difficult time. We were lucky to have you on our team. We were also very blessed to have the staff support that you provide with your services.

We appreciated Bob Gonser’s professional advice and support in handling our case and were impressed with his vast knowledge of our securities investments. Through Bob’s guidance, we were able to obtain a pleasing settlement without having to endure the stress of a hearing…